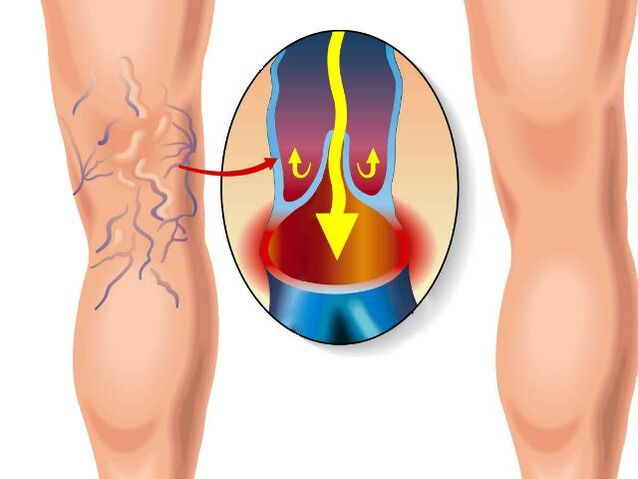 Varicose veins of the lower extremities is rightfully considered the most common pathology of peripheral vessels, it is one of the top ten so-called diseases of civilization. According to epidemiological studies, venous insufficiency occurs in 80% of people of working age. In most cases, varicose veins of the legs do not cause serious suffering, and sometimes it goes unnoticed at all, does not require any treatment. Nevertheless, there are situations when it is worthwhile, without postponing, to consult a specialist, to undergo appropriate therapy. What are the treatments for varicose veins of the lower extremities? What are their advantages and disadvantages?

Ways to get rid of the disease

Thousands of people every year ask themselves the question: how to get rid of "ugly knots" or "vascular mesh" on their legs? Media portals are full of advertisements for public and private clinics that treat varicose veins of the lower extremities. They offer "unique", "guaranteed", "painless" or "completely safe" ways to get rid of this ailment. Sometimes it is difficult to understand this advertisement, to answer the question of which treatment option is the most suitable. If a person who decides to deal with his dilated vessels, and he is not sure about the safety or effectiveness of this or that treatment method, the best option for him is to contact several clinics, to get qualified advice from at least two professionals.

There are various reasons forcing a patient with varicose veins to consult a doctor:

Sometimes, it is difficult for the doctor to know what the patient wants. Therefore, during the consultation, it is important to find mutual understanding with the doctor, to correctly convey the main reason for contacting him. Quite often, patients simply need reassurance that their enlarged veins will not harm them in any way and are unlikely to do so in the future.

If there is a need for therapy, the doctor often recommends undergoing self-treatment at home within 6 months, which includes:

If, after a second consultation, the patient is not satisfied with the result, the doctor may recommend conservative or surgical treatment of varicose veins of the lower extremities.

To combat varicose veins of the legs, conservative treatment is used (compression and pharmacological therapy, lifestyle modification), surgical interventions, external and internal laser exposure, radiofrequency ablation, injection sclerotherapy. The choice of this or that option depends on the preferences of the patient. It is also influenced by the patient's financial capabilities, the qualifications of doctors and the equipment of the medical institution. Nevertheless, which method of treating varicose veins of the lower extremities will be used in each specific case depends largely on the disease itself: what symptoms are present, the degree of venous insufficiency and other characteristics of vascular lesions.

Conservative treatment, as a rule, is complex and includes several components.

A change in lifestyle, which implies a complex of measures that are aimed at preventing stagnation of blood in the veins. As you know, prolonged standing or sitting position levels the activity of the venous-muscular pump (gastrocnemius muscle), which contributes to stagnation. Therefore, patients are recommended regular walking, periodically raising their legs above the level of the heart in a prone position. You should also pay attention to various diets - salt-free, low-calorie. They will allow you to adjust body weight, make up for seasonal vitamin deficiency. It is necessary to consume foods high in bioflavonoids (substances that help to strengthen the vessel wall).

People with varicose veins should avoid overheating their feet, refuse to go to baths and saunas, and, if possible, do not use heated floors.

Compression hosiery improves venous hemodynamics, which leads to the disappearance of many manifestations of the disease. Disadvantages of this method:

The pharmacy, as a rule, offers compression hosiery from only one manufacturer. However, there are many different brands, each of which can meet the needs of the patient to varying degrees.

Drug treatment can eliminate the symptoms of the disease or reduce their manifestation, is aimed at preventing and combating its complications, and can enhance the effectiveness of compression therapy. Pharmacology helps to cope with side effects that occur after sclerotherapy or phlebectomies.

Modern treatment of varicose veins of the lower extremities is not complete without the use of venotonics (phleboprotectors), drugs that can improve symptoms, strengthen the venous wall. They are considered basic pharmacotherapy agents. These include:

As a rule, venotonic is prescribed in courses. The duration of the course depends on the dynamics of improvement in symptoms, the duration of the achieved remission. Therefore, the doctor can vary the intake of the drug from 3 to 6 months or more.

Ointments and gels (topical medicines) are also widely used. The treatment regimen for varicose veins of the lower extremities is chosen by the doctor depending on the condition and course of the disease. The therapeutic effect of these topical drugs is realized through two mechanisms: distracting and actually therapeutic. At the first, the evaporation of the alcohol base or essential oils contained in the gel occurs, which leads to a decrease in the temperature of the skin, respectively, and improves the symptoms of the disease. As a result of the second, the medicinal substance penetrated through the skin directly to the vein begins to exert its therapeutic effect.

Ointments and gels used for varicose veins of the legs are classified according to the main active ingredient they contain. They include such medicinal substances:

The main goal of surgical treatment is to eliminate the pathological mechanism that led to the appearance of the disease - the venous reflex, as well as to remove its main manifestation - varicose veins. Surgical treatment is indicated: for patients with aching pain and constant fatigue in the legs, in the presence of edema, chronic venous insufficiency, cosmetic problems, early hyperpigmentation (excessive pigment deposition in the skin), external bleeding, as well as when superficial thrombophlebitis progresses, in the presence of trophiculcers that cannot be treated with conservative methods.

At the moment, the most popular are three types of operations:

The above surgical interventions help to improve the patient's quality of life, their therapeutic and economic efficiency has been proven in clinical trials. They are usually performed under general anesthesia, but most patients are discharged on the day of surgery. Full recovery, return to normal daily activity usually takes 2 to 3 weeks. Complications are possible, which are more common in patients with advanced varicose veins. During the operation, the nerves located in the subcutaneous tissue can be damaged, therefore, after surgical manipulation, temporary or even permanent numbness of some parts of the legs is sometimes observed, but this does not lead to serious disability.

The main goal of using new methods of treatment is to minimize tissue trauma that is observed during surgical interventions, which allows the patient to recover faster. They began to be widely used in the early 2000s.

Radiofrequency and laser ablation are methods of treating varicose veins of the legs by "sealing" a large saphenous vein (or small one) with a high temperature, which leads to regression of dilated vessels (their walls stick together). Although these options do not involve surgical procedures, it is quite common to resort to additional phlebectomy and sclerotherapy. Both methods involve:

The use of intravenous ablation, which has been widely used over the past ten years, has not shown significant differences in its effectiveness compared to surgery.

The main advantage of this technique is quick recovery after the procedure, which is associated with a lesser likelihood of wound infection and hematoma occurrence.

Nevertheless, complications are typical for this procedure: skin burns, temporary paresthesias, deep vein thrombosis (occurs in less than 1% of patients).

This method of treatment, due to its ease of implementation and low trauma, is currently used by many clinics. Its essence lies in the fact that a sclerosant is injected into the varicose vein, a substance that glues its walls, the blood flow moves into healthy vessels. Sclerotherapy is quite often combined with classical operations, and in the case of treatment of telangiectasia and spider veins, it is used as the only method of therapy.

Sclerotherapy gives quite acceptable results that satisfy many patients.

Unlike simple sclerotherapy, with foam, the sclerosant is injected into a vein after mixing it with a gas (usually air). As a result, foam is obtained, which, spreading through the vein, displaces blood from it and causes a spasm of the vessel. Usually the manipulation is carried out under the guidance of duplex ultrasound scanning.

Recovery after the procedure is faster than if a classical operation was performed. However, the medium-term results of treatment (the likelihood of recurrence of reflux) of foam sclerotherapy are somewhat worse than those of surgery. 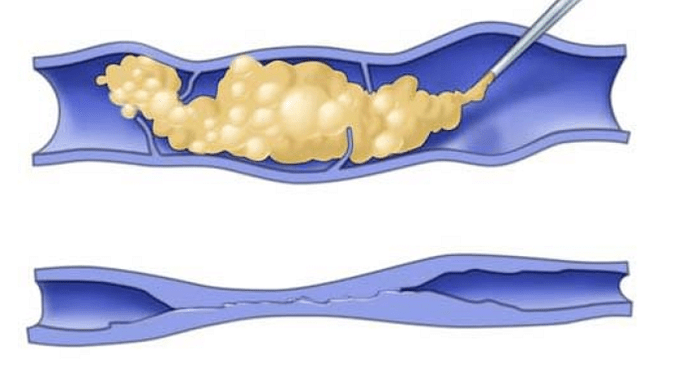 Treatment of spider veins is almost always done for cosmetic reasons only, although sometimes they can cause a hot, throbbing sensation, indicating the presence of reflux. Usually two types of therapy are used:

There are many effective ways to get rid of varicose veins of the lower extremities that traditional medicine offers. The choice of treatment option depends largely on the decision of the patient himself. Do not immediately "go under the knife", in the arsenal of doctors there are effective options for conservative therapy. According to the doctors, today it is impossible to completely cure this ailment, but it is quite within the power of modern medicine to save the patient from the manifestations of the disease as much as possible and prevent its further progression.